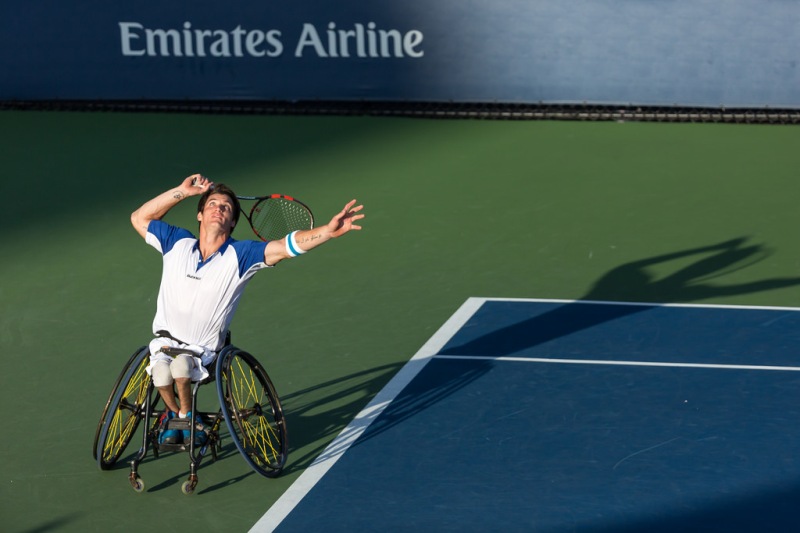 FLUSHING, N.Y. – A “Grand Slam” refers to winning the four most important annual tennis events in a single-calendar year. The tournaments are the Australian Open, French Open, Wimbledon, and the US Open and run from mid-January through the summer. Before the 2014 US Open, a Grand Slam has achieved 17 times.

Photo by Michael A. Clubine

Shingo Kunieda (JPN; 1) and Gustavo Fernandez (ARG) hit the court as they went head-to-head for 1st place of the Men’s Singles final.

The first set went to a tie at 6-6 with impeccable final play. The tie-breaker kept people on the edge of their seats as Kunieda racked up seven points and denied Fernandez any points for this tiebreaker. Kunieda won this set, 7-6.

Fernandez took the second set to a 2-0 lead, but Kunieda sealed the deal and took it home. Kunieda threw his serve up, hit it, and laid down an ace to get an advantage. He won this match, 7-6; 6-4. 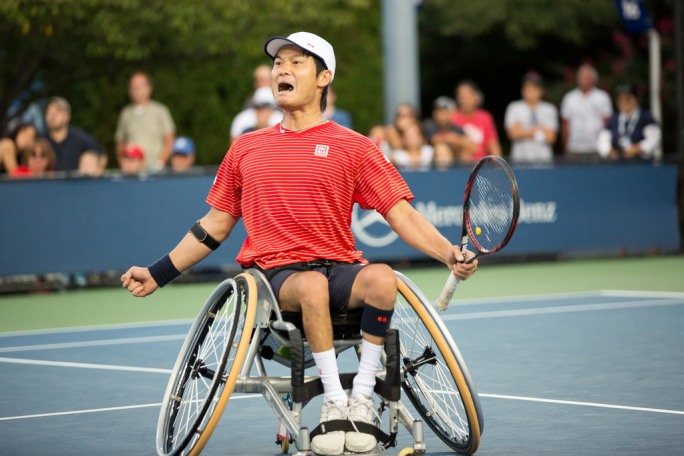 Shingo Kunieda (JPN; 1) wins the match against Gustavo Fernandez (ARG) in the Men’s Singles Final. Photo by Michael A. Clubine.

Kunieda is the continued No. 1 player in the world, but was a runner up in this year’s Singles Wimbledon event and Doubles French Open and has never won a grand slam.

Yui Kamiji (JPN; 1) went against Aniek Van Koot (NED) in the final of Women’s Singles. The first and second sets flew by as Kamiji controlled the game and won, 6-3; 6-3. 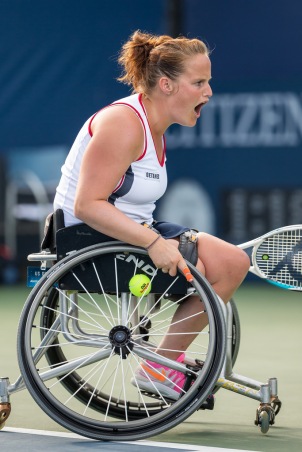 Having won the three other Grand Slam events in 2014, this US Open win makes her a Grand Slam champion and a continued No. 1 in the world.

Through the first set, Lapthorne made a steady path as Wagner held back. The ace that Lapthorne made on Wagner gave Lapthorne a solid leg up in the second set that carried through the end of the match. Unseeded Lapthorne caused an upset as he won 7-5; 6-2.

Athletes have time to reflect on their wins and losses before the next Grand Slam event, the Australian Open in January, 2015. 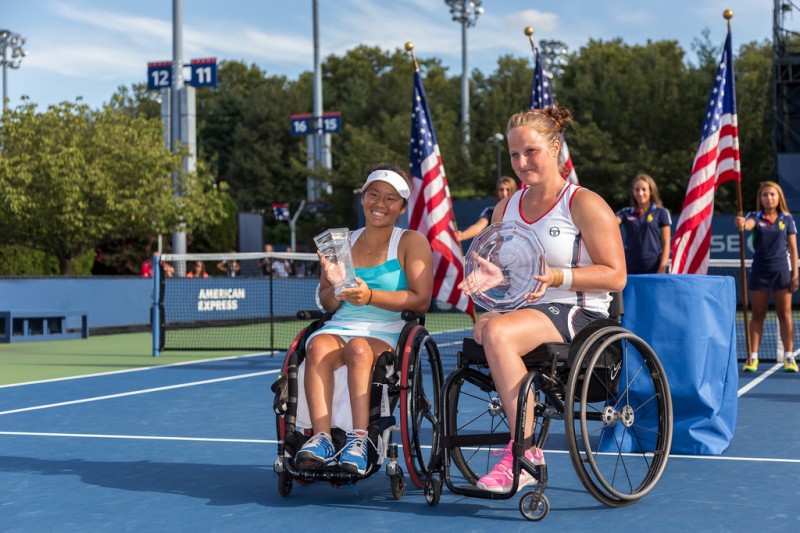 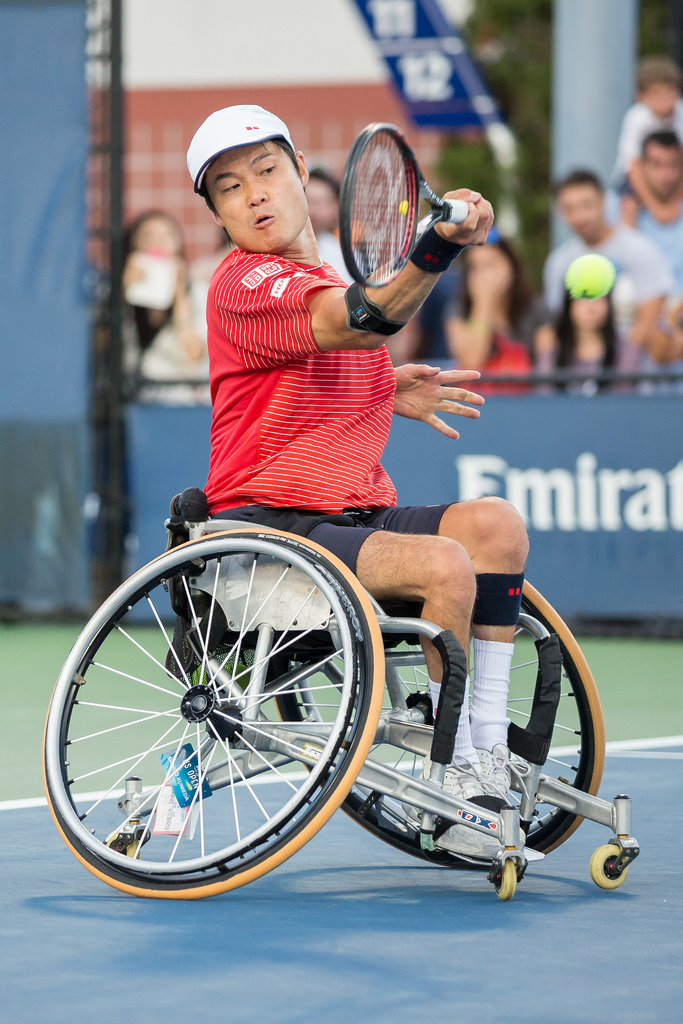 About the Author:
Ryan M. Bright is a member of the Sports ‘n Spokes and Wheelchair Sports Federation media team reporting on events at 2014 US Open in Flushing, New York.  The all-volunteer media team consists of professional writers and photographers who are donating their time and expertise to showcase the athleticism of disabled U.S. athletes and highlight their world class achievements in wheelchair tennis.  Partnering with Sports ‘n Spokes, the Wheelchair Sports Federation is a non-profit organization that provides opportunities for the disabled and wheelchair using adults and youth to play sports recreationally and competitively.  For more information, visit www.WheelchairSportsFederation.org.