September is almost here, and that can only mean one thing: the Rio 2016 Paralympic Games are just around the corner! The opening ceremony is set to kick off September 7th, 2016, and will mark the XVth summer edition. At the Wheelchair Sports Federation (WSF), we are greatly honored to be part of this remarkable experience once again for the Paralympics Games.

This is the first time the Paralympics will be celebrated in South America, and the stakes are higher than ever. It promises to be one of the most competitive and broadcasted Paralympic games in history, with a record athlete participation and hopes of more spectators and TV viewers than previous years.

Sir Philip Craven, president of the IPC, has stated that the Rio 2016 Paralympic Games will be “a once-in-a-lifetime experience for all those who attend and a chance for the whole of South America to unite and celebrate a sporting festival that will transform the continent forever.”

The 2016 Paralympic Games will run from September 7th to the 18th, with over 4,000 athletes from 170 countries shining the spotlight on 21 venues. Events will span 11 days for a total of 528 medal events competing across 22 sports with two new sports making their debut: canoe and triathlon.

The WSF media team is heading to sunny Rio de Janeiro, Brazil’s cheerful city and home of the Cariocas, to bring you closer to the Paralympic games through our stories and our pictures. We hope to help you connect with the world’s most highly renowned adapted sports athletes, their spirit, their sacrifice and their competitiveness.

We have a team consisting of a diverse group of individuals from different backgrounds, all who share a common factor: their devotion and love for journalism, sports, and most importantly, their passion for the Paralympic movement and its social inclusion. Meet our incredible volunteers:

Mariya Abedi is a multimedia journalist based out of New York. Mariya has been working the local news beat for the past several years, working for PIX11 News and NBC New York. Last year, she spent several months traveling through India. She loves to explore new places and try new restaurants in her free time. She is a graduate of NYU, joining the WSF team for the first time this year.

Orge Castellano is a journalist who has participated in several international multi-sport events throughout his career. He’s worked as a press assistant for the OCOG at the 2014 Sochi Olympics and Paralympics games and for the International Judo Federation in various cups around Eastern Europe.  With an insatiable thirst for culture and politics, Orge obtained a degree in Journalism an obvious choice for him given his inner storytelling talent. Currently, he is undergoing his PhD studies in Social Communication at the University of the Basque Country. 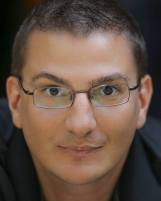 Michael Clubine is currently residing in New York City. Michael is a freelance photographer with a passion for capturing the excitement of a moment.  He was a contributing photographer for the WSF Media team at the 2014 Paralympic Games, the 2014 U.S. Open tennis tournament and the 2015 World Sled Hockey Championships. When he’s not busy photographing adaptive sports, Michael focuses his lens on runway fashion, covering New York Fashion Week, as well as shows from leading bridal, swimwear and children fashion designers. 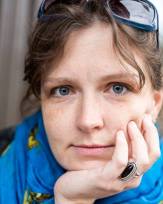 Carter Farmer is currently residing in Lancaster, Pennsylvania. Carter has been a photographer and media coordinator with the Wheelchair Sports Federation since October 2008.  With a passion for increasing awareness and enthusiasm for adapted sports, Carter has covered regional, national, and international events, including leading media teams to the 2010 Winter Paralympics in Vancouver and the 2014 Winter Paralympics in Sochi. She is thrilled to support the media coverage of the 2016 Summer Paralympics in Rio de Janeiro. When not supporting WSF media, Carter is pursuing her continued education in conservation biology.

Matthew Gephart lives in Philadelphia, Pennsylvania. He is spending his second year with the WSF team after working in Sochi for the 2014 Winter Paralympics. Contributing as a writer for the WSF has allowed Matthew to soar to new heights ever since leaving Penn State in 2007 with a telecommunications degree and minor in theatre.  Matthew has spent time writing for various sports outlets and is excited to bring his talents to another year of the Paralympic Games. For his day job, Matthew works for MLB Advanced Media.

Kenneth King was born and raised in Pennsylvania. Ken started photography at the young age of 15 and was quickly shooting like a pro. He studied television production at West Chester University. His photography strengths are candid shots, headshots, street photography, family portraits and weddings. Ken traveled to Sochi, Russia as a photographer for the 2014 Paralympic Games, which he hails as one of the greatest experiences of his life!

Here at the WSF we couldn’t be more excited and thrilled about Rio, please Join the conversation on Twitter @WSFederation and follow real-time full coverage on Instagram.