RIO DE JANEIRO — Team USA cycling had a productive training session at the Velodrome in Rio de Janeiro, ahead of the Opening Ceremony. With the Paralympic Games ready to kick off, the cycling athletes know the stakes are really high and are pushing hard on the track. They know that if they want to get their hands on a gold medal this time,  they’ll have to train harder to be ahead of the game.

In Rio, a total of seven athletes are returning Paralympians who collectively amassed 12 of the 17 U.S. cycling medals picked up at the London 2012 Paralympic Games. Among them is Joe Berenyi, who won gold and silver in individual events and a bronze in the team sprint in London. Yet, a lot of things still need to be accomplished. Opponents from the Great Britain team dominated in London with 22 medals and before that in Beijing 2008 with 17. Team USA faces a huge challenge to overcome the Britons in Rio.

The track competition is taking place on the 250-meter oval track in the Velodrome at Barra Olympic Park, from Sept. 8th to the 11th. Eighteen events will be contested on the track. Team USA consists of 6 women and 4 men, some of them competing both in track and road events. Let the medal quest begin.

For full coverage on Cycling track at the 2016 Rio Paralympic Games follow the live streaming on 15 HD channels on the International Paralympic Committee’s (IPC) website Paralympic.org 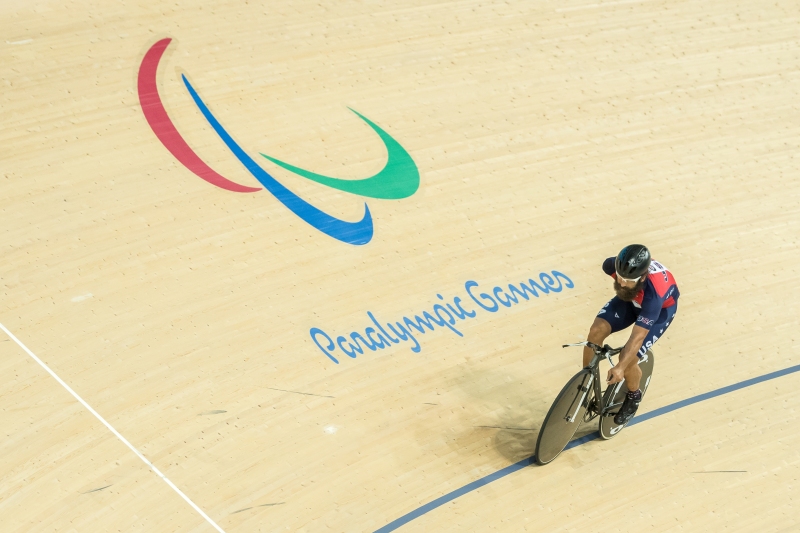